Who was Anita Conti, the first French oceanographer?

Journalist, bookbinder, photographer, Anita Conti, born Caracotchian, is today a reference in the world of oceanography. She made a place in a world of men to become in the 1940s, the first French oceanographer .

A great love for the oceans 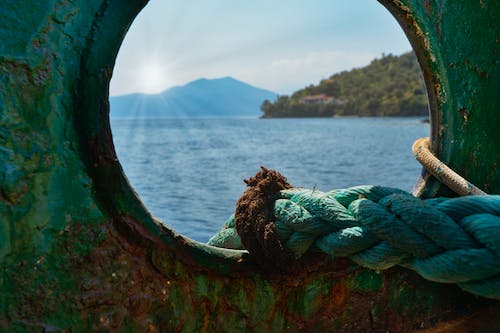 The sailors called her “the lady of the sea”. 120 years ago Anita Conti was born in Ermont. Long before embarking and taking off, Anita Conti published articles for Le Figaro, L’Illustration, and La République . She then participated in campaigns from the Bay of Biscay to Newfoundland, accompanying the sailors in their daily lives. Anita Conti has always been drawn to the sea that she has continued to discover to the end of her life. That’s when Edward the Dane discovered her by reading one of her investigations on the insalubrity of French oyster beds. Director of the Scientific and Technical Office for Marine Fisheries OSTPM, he then built the first French oceanographic ship and asked her to go to sea which she accepts without hesitation. She is the first woman to embark on this huge boat named President Theodore Tissier. She learns the job of oceanographer without really wanting it. It is there that she begins to take pictures that we can count by thousands today, placed under the attentive guard of her adopted son, Laurent. Do not forget that it was difficult to take such pictures because of the movements of the boats!

Anita Conti is not only known as the first female French oceanographer. She is also known because of the essential work she has done. Anita Conti has also written several poignant books on the lives of fishermen and the dangers that threaten the ocean. The first is, no doubt, the “Viking” Logbook in which she relates the life of Newfoundland fishermen with whom she embarked in 1939. She already denounces the dangers of overexploitation of the oceans. During this campaign above the 75th parallel, she also undertook a mapping of the fishing zones. It was a first because no map of this space existed then.

In 1952 she embarked again for Newfoundland aboard the Bois-Rosé trawler. Despite her deep respect for the Newfoundlanders, she continues to condemn fishing techniques that damage the seabed as well as waste. The dead fish released into the water scandalize her. Long before Commander Cousteau, Anita Conti tries to awaken the conscience on the disastrous consequences that the fishing entails … Already, an echo to the impacts of industrial fishing that countries are facing today to preserve the fish wealth!

From her experience in Africa during the Second World War, Anita Conti pulls Giants from the warm seas. While she participated in the supply of French troops on the black continent, she returned thereafter for ten years to deepen this experience. She draws fishing charts of the African coasts between Senegal and Ivory Coast that have saved people from famine. Until her death, in 1997, Anita Conti never stopped talking about the sea with words and images that force admiration.

Spotmydive editors are all about delivering quality information to you.

After the huge success of Finding Nemo released in 2003, Walt Disney and Pixar give us the chance to discover a new suite of extraodinary underwater adventures. This time, the main character of the movie is Dory, the blue fish that has a very short memory! In “Finding Dory”, Dory suddenly remembers about her childhood […]

Scuba Diving is an extraordinary hobby that may seem inaccessible to some. The big Dive Shows are events that allow everyone to discover and tackle this activity more easily. During these international Dive Shows, you will be in the company of curious divers, novice divers, experienced divers but also professionals; everyone having a good reason […]

Partner of the recordkeeper and world freediving champion in constant weight, Guillaume Néry, Julie Gautier is a woman with multiple facets. She is nowaday one of the most famous women freediver. Freediver, dancer, director and model photo, the young woman is defintly curious and has a polyvalent talent. Previously, constant weight freediving France record, Julie […]