The pollution of the ships, danger for the marine fauna?

On June 5, 2019, the NGO Transport & Environment published an alarming report on the pollution generated by cruise liners . The association has calculated that cruise ships are up to 20 times more polluting than millions of vehicles. This pollution is not without consequence on the health of the residents but also on the marine biodiversity.

60 tons of sulfur oxides (SOx): That's what the 203 cruise ships that moored in European ports, issued in 2017! Here is the report from the NGO Transport & amp; Environment which highlights a disturbing situation. These giants of the sea also reject oxides of nitrogen (NOx) containing nitric oxide and nitrogen dioxide. The first cruise company, Carnival Corporation, would leak ten times more sulfur dioxide, according to the study, more than the 260 million listed in 2017 in Europe. It is a large-scale air pollution of which port cities such as Marseille and Nice suffer enormously. The health of the inhabitants is at the heart of the worries. This very poor air quality is likely, according to the report, to be responsible for 60,000 premature deaths a year. Mediterranean ports are now more polluted than those in northern Europe.

Therefore, the NGO and the International Maritime Organization (IMO) are asking to add the Mediterranean to the areas of emission control of which the Channel, the Baltic Sea and the North Sea are already part. In these areas, sulfur levels are limited. Indeed, the pollution of ships comes from the fuel used and more specifically, from one of the dirtiest in the world: heavy fuel oil. For comparison, this oil contains 3.5% sulfur against less than 0.01% for that of cars. In these areas, the sulfur content is limited to 0.1%. Cruise ships that dock there, then use another fuel often called "light". France Nature Environment therefore asks the authorities and the tour operators to act by using another fuel, by installing particle filters on each liner and by adjusting the taxes according to the size of the boats.
The sulfur dioxide released by these giant steamers causes the acidification of the soil and the aquatic environment.


The acidification of the seas, an ecological problem


Fine particles released by cruise ships are responsible for the acidity of the seas, as is the absorption of CO2. As the New Caledonia Environment Observatory reminds us, forests are not the only ones to assimilate CO2. The ocean absorbs "between a third and a quarter of CO2" but the level of pollution has led to too much CO2 leading to acidification. Sulfur dioxide released by cruise ships, as well as shipping vessels aggravate the situation. This acidity content has a direct impact on the marine fauna. Even at a low rate, some species would already suffer the consequences as testified by Jean-Pierre Gattuso, research director of the CNRS at the Laboratory of Villefranche-sur-Mer, in a article published in the newspaper Libération. The first victims of this acidification of water are corals, shells, crustaceans (oysters, mussels) and some calcareous algae. Thus, according to the Observatory of the environment of New Caledonia, this acidity weakens their shells and their skeletons. Weakened, they would reproduce less leading to a decline in their population. 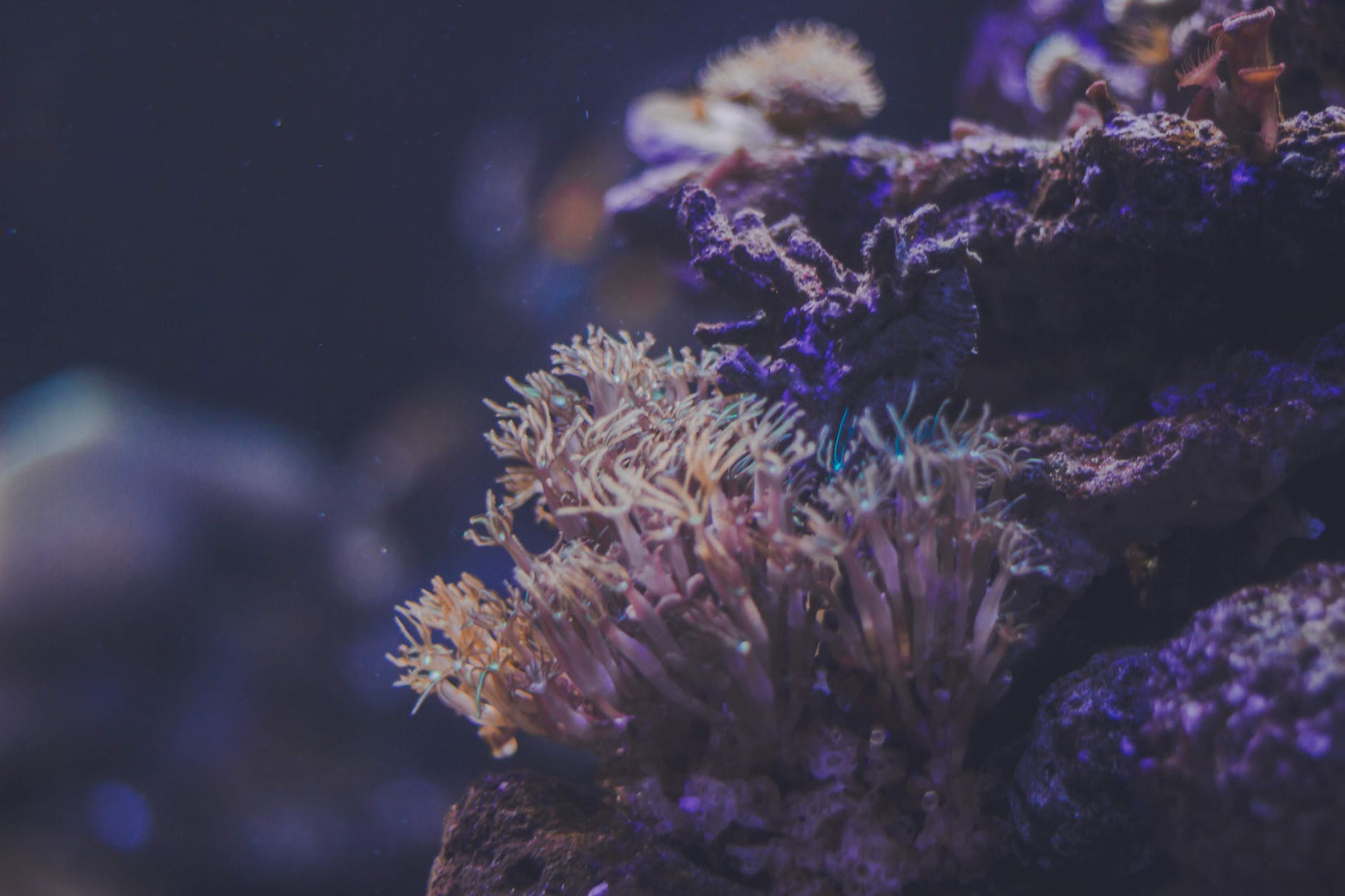 Already affected by the warming of the sea temperature, acidification only accelerates their extinction. World Wild Study Resource (WRI) has already shown, in 2011, the irreversible consequences of these two phenomena combined. By 2050, corals could totally disappear. Already 30% of the Great Barrier Reef off Australia has disappeared and pollution from human activities does not help! However, if the coral population decreases, other species are also at risk. Indeed, the corals sheltering various specimens, find themselves without inhabitant and wither, causing a major decline of the biodiversity ...... An ecological disaster but also economic! For some countries, the ocean is indeed a source of profits with economies based on fishing or tourism. According to Jean-Pierre Gattuso, this acidification also has consequences for other species such as clownfish. They indeed lose, little by little, their visual, hearing and olfactory senses. They can no longer detect predators. However, as Jean-Pierre Gattuso says "Nature has a horror of emptiness, other species will take over" if some species disappear. It is a fact, despite everything, uncomfortable because the cruise industry is in full health and is booming due to the democratization of prices.

Who has never dreamed of boarding on a magnificent boat while practicing his favorite activity?

The incredible challenge of Laurent Ballesta 17/06/2019