The underwater world is ruthless and surviving is an every moment struggle. In order to escape a quick death, some species had to evolve, adapt or develop new techniques, here there are !

Some fish have developed a special technique such as the balloonfish that fills up with water or air when it feels threatened. Some have spines all over their body that they use as deterrent blades. 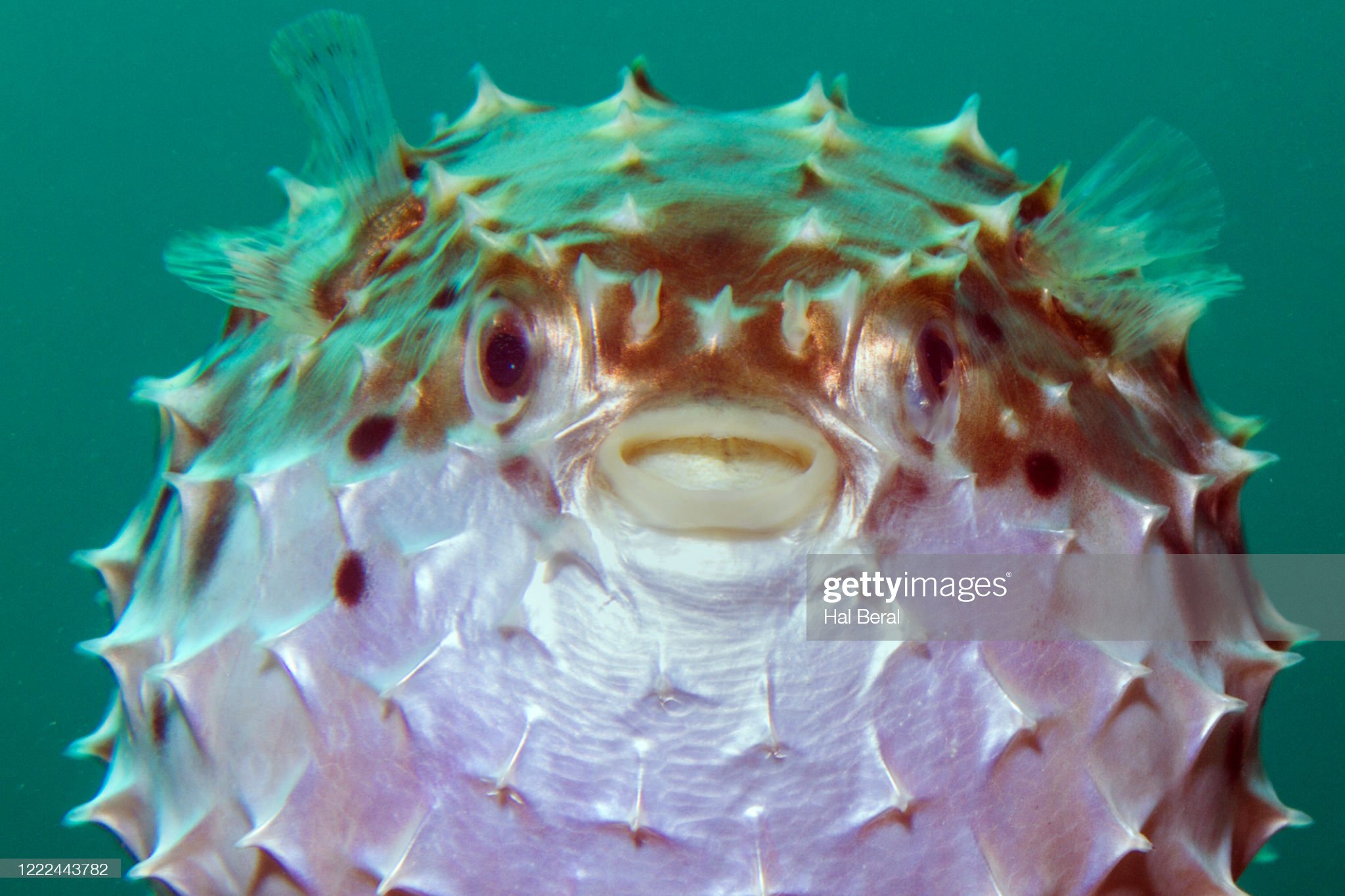 The liquid discharge is a defense mode that had proved its effectiveness. Let’s take sone examples: The Cuttlefish or the squid release ink in the water to escape predators. The Hagfish once bitten releases mucus through his skin’s pores. The mucus released, fills up the mouth of the attacker and prevent it from breathing. The Sea Cucumber when it feels threatened, throws poisonous filaments over its predators. The boxfish also has a deadly toxin inside its body. In case of an imminent threat, the toxin is released killing all the living creatures in the area.

Jumps out of the water

When danger is too great under the surface of the water, nothing is better than to flee in the air. Flying fish or Excocet is a specialist for escaping the Swordfish or the Mahi Mahi. Beware, the sky is also full of dangers, many seabirds use to catch their prey in the air.
Many other small fishes jump out of the water to escape predators.

The Sea Cucumber has another effective shield when it feels threatened. It shrinks and hardens its skin to make it as hard as an armor. 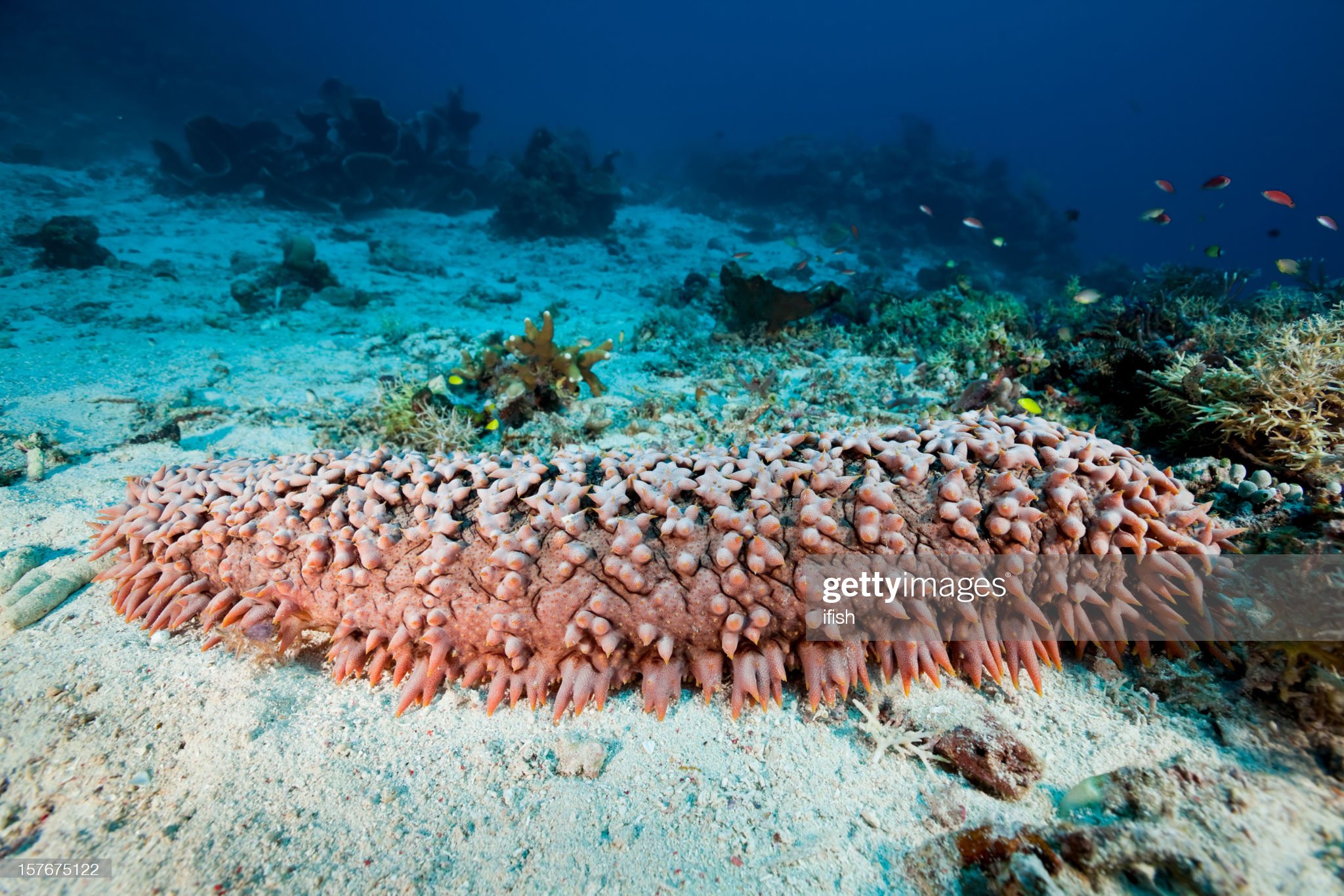 In deep and dark waters, some microscopic crustaceans have developed an unstoppable defense mechanism. Indeed, the Ostracods that mainly feed on planktons have a particular skill: a transparent body. If a predator comes to swallow them, the ostracods start to shake violently plankton through their transparent body, and become to shine. The illuminated predator becomes an easy prey to its own predators. The only solution then is to quickly reject the ostracod and go looking for another food.

You have to be very careful with those animals, their defense make them not easy to catch.

For the brave predator who would like to face a Torpedo Ray, it would expose itself to receive electrical shocks ranging from 60 V to 230 V.  Another specialist of this defense mechanism is the Electric Catfish from the Nile that usually uses electric current to flush out a prey. The Catfish may also, in case of danger, cause a discharge of electricity up to 350 V. The Electric Eel is a freshwater fish who looks like an eel but belongs to a different family. This fish is the most dangerous of this group because it is capable of sending electric shocks from 100 to 700 volts. It is able to kill a human being.

This ingenious defense is mostly used by crustaceans. The principle: find a living organism that knows how to defend itself and use its advantage for yourself. The Boxing Crab lives in harmony with the two poisonous anemones it carries in his two claws. With its cheerleader appearance, the boxing crab knocks enemies away. The anemone take benefits from the trip and capture more food particles drifting in the current. The Urchin Crab lives in symbiosis with several species of sea urchins, which it carries upon its shell for protection when travelling.

This technique is also based on the symbiosis between two species. The Clown Fish has a poisonous protector, the anemone. It is the only one who has developed a invulnerability to their poison. The anemone protects the clown fish from bigger predators and the clown fish defends the anemone against some butterfly fish that feeds on its tentacles. The Coleman Shrimp seeks refuge on a fire urchin, well known for their very poisonous spines. In exchange for its protection, the shrimp urchin got rid of all parasites that drop on the urchin.

Do not walk on one of these fishes because you would seriously regret it. The Stonefish are considered as the most venomous fishes in the world. They have 13 spines on their back connected to poison glands that they quickly put up in case of danger. The Pufferfish contains inside its body some extremely potent toxins. In Japan, Fugu dish made from this fish is a delicacy but causes every year many deaths due to a poor preparation of its flesh.

See our article related to the 10 Masters of Undersea Camouflage

You also know a fish with an unstoppable defense? Something to add, a reaction ? Just do it below!

Spotmydive editors are all about delivering quality information to you.

As divers we already love the ocean and do what we can to protect it. Whether that’s sayingno to single use plastics, supporting environmentally friendly dive operations or supportingsustainable dive merchandise brands. The ocean is our playground and it goes without saying that its value is limitless. Some people need a helping hand to understand […]

The 10 strongest bites of marine life

Before embarking on this exciting classification, we must not forget certain factors. The first one is that all animals with teeth, are not necessarily able to bite. For example, the common garden snail has a raspy tongue called Radula composed of 14,000 small teeth. Those teeth are used to scrape but not to bite. Similarly, […]

The 12 best snorkeling destinations in the world

Snorkeling is a great activity to discover the seabed with just a mask, fins and a snorkel. There are over one thousand best snorkeling spots. The world is big and there are as many snorkeling sites as beaches or immersion points. However, we can distinguish some snorkeling destinations that stand out from all of them. […]